Books from the World Tree

Two very interesting prompts came down the pike for today.  One was a photo prompt (for the Haiku Challenge) from SiS/Few Miles.  The other was a word prompt from Big Tent Poetry, which essentially said to make a list of 10 titles for one's next book; then choose one of the titles and write a poem from that title.

*Warning:  Shameless Plug Time!  My first (and, at least right now, only) published book of poetry, Mugging for the Camera, (a full length collection of quirky, humorous works) included a poem of the same name, which I wrote especially for the frontispiece of the book.  Cool, right?  (Okay, so buy the book!  Available from Virtualbookworm.com, Amazon.com, Barnes&Noble online, etc.)  End of shameless plug.*

Anyway, both were fun and challenging prompts.  The first poem borrows a bit from Norse mythology.  The second...well, you'll see.  And by the way, for the second poem, the poetic form is called Hymnal Measure. 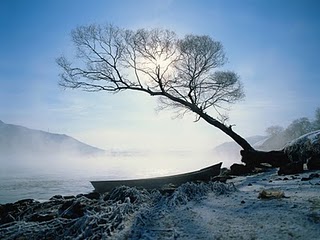 Yggdrasil
Beneath my old roots
wisdom and fate greet the world…
mythologically.
###
Clever?  Whatever.
In the course of human events,
we try to find the wit.
At times that sway shows little sense;
still humor rocks.  Get it?!
Yes, versifying pun or quip
seems to be most clever.
Life’s just a jolly comic strip
so… let’s laugh it up…whatever.
###
My List of Titles
1.  Laughter is the Jest Medicine
2.  Puny Puns
3.  The Spam Folder
4.  It’s Takes a Sheaf (of Paper)
5.  Random Versifying
6.  Lip Syncing Off-Key
7.  Obtuse Angles
8.  The Font of No-Ledge (Belle Lettres in Sans Serif)
9.  Don’t Stand Downword
10. Clever?  Whatever.
###
Posted by RJ Clarken at 1:40 PM