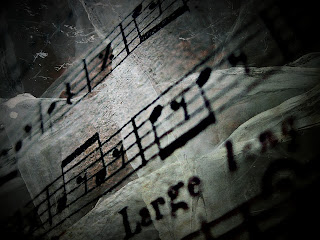 Magpie Tales posted the picture to the left as this week's prompt.

Now here's the funny (as in, coincidental) thing:  Big Tent Poetry gave a prompt yesterday which involves choosing a letter from the alphabet and then making a list of interesting words which start with that letter - and then picking one of those words (which resonates, or makes a bit of music in your head, if you will) and writing a poem on that word.

I picked, rather randomly, the letter 'M.'  From there, I went to a really cool website called Worthless Word for the Day, which is a lexicon of archaic, outdated and sometimes just plain weird words.  They had some really fabulous words under the letter 'M' but one in particular stood out (like a marching band, playing Souza in your living room) and I just had to use it.  Here's my Acrostic poem:

Plink!
I hate this!
And also, I’m not gonna practice this dumb stuff anymore.  So there!
No way!
Oh!  Wait.  That song might be easier than I thought.  Well, maybe…♪♫♪♫♪
(* Misodoctakleidist means someone who hates to practice the piano.  Who knew there would be a word for such a thing!.)