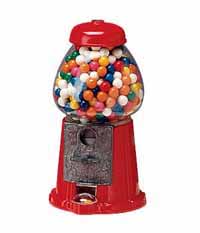 Writer's Island posted their weekly prompt today - and the magic word is 'Destiny.'  At first I was stuck on how to approach such a fateful topic, and then a bit of fortuosity happened.  Fortuosity?  Yep, fortuosity.


Fortuosity is the name of a song from the movie The Happiest Millionaire (1967) which is performed by Tommy Steele, who plays young Irish immigrant John Lawless.  The film begins in Philadelphia, in 1916, and finds Lawless seeking employment as a butler at the home of eccentric millionaire Anthony J. Drexel Biddle.
In the film, John Lawless has an upbeat, positive, looking-towards-the-future personality, and his song, whose lyrics include lines like, “`Round the corner, under a tree, good fortune's waitin', just wait and see…” underscore the point really well.  It's a fun movie, and I highly recommend it - so if you get the chance, watch it sometime.
But I digress.
Fortuosity.  Although not a real word, per se, it means a belief in yourself, and the fact that everything will turn out well in the end.

So, what was my bit of fortuosity?  Stumbling upon a lucky quote.  And with that, here’s my poem:
A Saraband for a Gumball in Hand
Serendipity is putting a quarter in the gumball machine and having three pieces come rattling out instead of one—all red.  -Peter H. Reynolds
I remember when I was small
I would ask my mom for a coin
to get a cherry red gumball.
Purple was okay in my book
but red was the one that I sought.
Now and then I cheated and shook
the machine.  Kid magic, I thought.
You never know what will come out
the gumball machine’s metal spout.
Chance is what it is all about.
Luck may not decide to convene.
You might get yellow or a green.
But sometimes, you’re the conferee:
a red gumball - or two… or three.
###
Posted by RJ Clarken at 1:15 PM