Beaches and other warm places

Greetings!  Today's double poem post was inspired by two different photographic images: one picture, courtesy of Magpie Tales, is of an old house in the wintertime (and the poem is in the form Monchielle Stanza); the other picture, courtesy of Sis/Few Miles is of footprints left behind, at least for a while, on a beach (and is a 5/7/5 Haiku.) 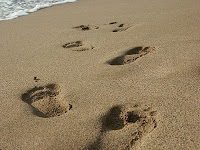 walking by the surf...
wondering if starfish stroll
underneath the waves 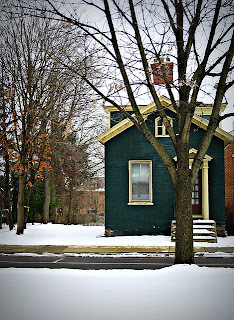